Don't miss the giveaway at the end of my post for your chance to win a signed paperback. 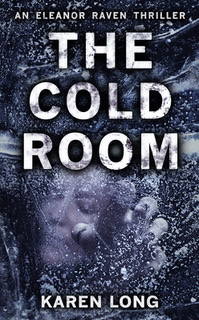 The brand new thriller that will keep you on the edge of your seat from the author of The Safe Word and The Vault.


Winter is settling on Toronto and a series of seemingly unconnected murders are weighing heavily on DI Eleanor Raven. When an army veteran holds his family hostage, leaving chaos and an unidentifiable skeletal human hand in his wake, Raven is left tangled in a web of leads, lies and secrets, with each thread leading her closer to the all too terrifying truth.

But with time running out, Raven needs to re-connect with her past life – the one she thought she’d finally escaped from – if she’s to find out who the killer is before they strike again . . .


I was intrigued from the start as I got my introduction to Eleanor Raven as she is undergoing hypnosis, perhaps this is some clue as to what has happened in previous books.  I will certainly find out shortly as I plan to read the first two books as soon as possible after having read this BRILLIANT instalment.


Eleanor would rather just get on with her job but she has to prove that she is fit for duty, hence the psychiatric treatment, but the case that she is drawn into will certainly play with her mind.  Eleanor finds herself part of a hostage negotiation as an ex-marine kills his wife with his 3 children in the house.  Once the children are secured, the Toronto police go after the ex-marine and they find a bit more than they bargained for hidden in the house.  With such a jam-packed chapter one I knew straight away that I was going to love this book!

When a seemingly unrelated incident sees the uncovering of a boiler room full of dead dogs, it is not long before the perpetrator moves on from canines to humans.  My mind was buzzing as I tried to work out how this could be linked to the marine in chapter one and once the penny dropped I saw the purpose of every single sentence written in this fantastic book.

I do think that I would have benefited from reading the Eleanor Raven books in order, but I know a good book when I see one and The Cold Room certainly fits the bill.  It's gruesome, chilling and AMAZING!  Don't wait as long as I did, make sure you discover the Eleanor Raven series today! 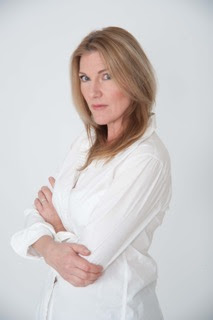 Karen Long was born and raised in the English midlands, educated at Bangor University and taught English and Drama for fifteen years. During her teaching years she studied biology and neurology with the Open University and this interest in medicine, forensics and forensic psychology is reflected in her writing. She is an enthusiastic traveller and has spent time in Toronto, which became the backdrop and inspiration for The Safe Word.
She is a keen amateur naturalist with a deep and abiding love for the crow family. She has dedicated time, love and several fingers in an effort to rehabilitate crows, magpies, rooks and ravens.
Karen is happy to correspond with readers and can be contacted through her website KarenLongWriter.com, where she posts regular blogs.
The Safe Word is Karen's first novel and was an Amazon bestseller, later joined by the second in the Eleanor Raven series, The Vault.
FACEBOOK
WEBSITE
BLOG
TWITTER
GOODREADS
All author or review enquires please contact Karen Long’s Personal Assistant J.B. Johnston – brookbooks@hotmail.co.uk

Did you know that Eleanor Raven is also online? 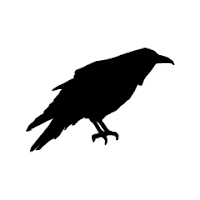 PLUS…………..HEAD ON OVER TO GOODREADS FOR ANOTHER CHANCE TO WIN A COPY OF THE BOOK!