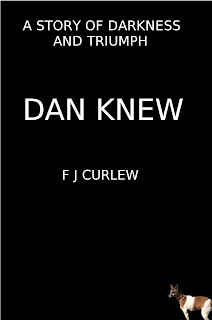 A puppy born to the dangers of street life. A woman in trouble. An unbreakable bond.

A Ukrainian street dog is rescued from certain death by an expat family. As he travels to new countries with them a darkness grows and he finds himself narrating more than just his story. More than a dog story. Ultimately it's a story of escape and survival but maybe not his.

The world through Wee Dan's eyes in a voice that will stay with you long after you turn that last page.

The animals in this book are all real, as are their stories. The people's names have been changed to protect their privacy. Fact or fiction? Well, dogs can't talk, can they?


I've read a lot of books in my time from many different perspectives, but never from that of a dog.  Of course, we welcome dogs into our families and they often become our very best friend, so wouldn't it be lovely to hear what they were thinking?  Wonder no more, as we get into the head of a tough, but cautious, little guy as he finds his feet in the world and becomes a beloved member of a slightly unconventional family.

As a puppy, Dan is separated from his mother and siblings when they are captured by a dog catcher.  Dan remains hidden and escapes the searching eyes of the dog catcher, but is left alone, hungry and scared.  When he goes out searching for food, he is picked up by a human after he wanders into the path of an approaching car.  He is taken home and welcomed into the family of humans and two other dogs: Ceilidh and Lada.  They all take to Dan immediately but it's 'Mum' with whom he has a special bond from the start.  I loved reading about Dan's orientation into the family - he is so inquisitive and of course everything is new to him.

As well as Dan's story, there is the story of his new 'parents': Mum and HIM.  The pair have a tempestuous relationship as 'HIM' always smells of the nasty stuff and shouts a lot.  They struggle for money, although 'HIM' always finds money for a visit to the pub, and they move around a lot looking for work.  As we follow their journey across Europe, we also follow Dan's journey as he grows from an inquisitive young pup into an old dog who knows all the tricks.

With stories that made me laugh and cry, Dan Knew, is a book that is filled with so much love for Wee Dan that you can't help but love him too.  His unique voice will be forever immortalised in print and what a fitting tribute to a truly wonderful dog. 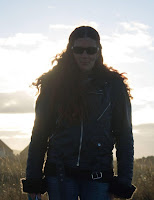 Fiona dropped out of school aged 15, because being the consummate rebel, she hated it! After becoming a single parent she decided to return to education, graduating in 1996 with an honours degree in primary education. Ah, the irony!

As soon as she graduated she packed everything she owned into her Renault 11, including her daughter, two dogs and a cat, and headed off to Estonia to become an international school teacher. After fifteen years of teaching, predominantly in Eastern Europe, she returned to the UK.

She now lives on the east coast of Scotland with two Scottish rescue dogs and a disgruntled Portuguese cat.

Fiona is the author of two books:

To Retribution – A love story/political thriller set in times of turmoil.

Dan Knew – A fictionalised account of her travels told through the eyes of Dan, her rescued Ukrainian street dog. 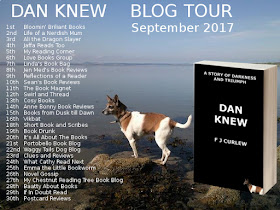