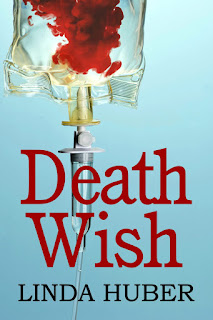 
When Leo decides to go into business with his mother-in-law he soon realises his mistake. Eleanor is the mother-in-law from hell and will stop at nothing to get what she wants. Her daughter, Ashley, has her own reasons for hating her mother. The atmosphere is toxic and old wounds refuse to heal.


Next door, eight-year-old Joya has a difficult life. Her parents argue constantly and her grandmother, who lives with them, is approaching death.


Talk about a good start to a book!  The prologue sets a scorching pace as we join the story when somebody is burying a body in their back garden.  Whose body is it?  Who is doing the burying, Mandy Jordache style?  Who is the killer?  As with any good book, we have to wait a while to get the answers after following the story from the beginning to get back to this very juicy end.

8 year old Joya lives with her parents, Martine and Stu, and Grandma Vee.  Grandma Vee has Huntington's Disease and doesn't want to be a burden, so she is looking at options to end her life.  Vee has one final wish: that she goes to her grave knowing whether or not she has passed this life sentence on to her daughter, Martine.  Martine, however, doesn't want to take the Huntington's test; she'd rather not know, but not knowing is putting a strain on her marriage as all they ever think about is Huntington's.  Joya is stuck in the middle of all this, hearing snippets of conversations that she doesn't understand, so she is delighted to be the centre of attention when a young couple move in next door .

Ashley and Leo move into the house next door to Joya and instantly strike up a friendship with the 8 year old.  Ashley is a natural with kids and it's a shame that she doesn't have a child of her own.  Ashley and Leo also have a cross to bear: Ashley's mother, Eleanor, is moving in to the annex that is joined to their house by a connecting door that is staying firmly locked.  Ashley doesn't get on with her mother, for reasons that become apparent as the story unfolds, so she doesn't want her living in such close quarters.  Leo, however, has sold his soul to Satan, aka Eleanor, and only repayment of her huge loan will get rid of her...unless there is another way...

A lot of this book is told from the point of view of Joya, and my heart went out to her as she tried to make sense of what she was seeing and hearing.  It really is true that little ones have big ears and Linda Huber has done an amazing job of giving us a glimpse into the confused mind of a sweet and innocent 8 year old.  We often keep things from people to protect them, but sometimes imagination does run riot and poor Joya feared the worst without even knowing what she was afraid of.

Death Wish is quite a dark book but so very easy to read with well-developed characters and a gruesome whodunnit.  I read it in the space of 24 hours as I couldn't wait to find out what events had led up to the grisly prologue.  There are so many good storylines within this one book, not only exploring the right to die but seeing a mother's love from several different angles.  How far would a mother go to protect her child?  Read Death Wish to find out! 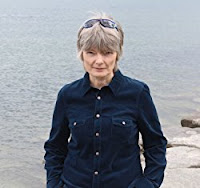 Linda grew up in Glasgow, Scotland, but went to work in Switzerland for a year aged twenty-two, and has lived there ever since. Her day jobs have included working as a physiotherapist in hospitals and schools for handicapped children, and teaching English in a medieval castle. Not to mention several years spent as a full-time mum to two boys, a rescue dog, and a large collection of guinea pigs.

Her writing career began in the nineties, when she had over fifty short stories published in women’s magazines. Several years later, she discovered the love of her writing life – psychological suspense fiction. Her seventh novel, Death Wish, will be published by Bloodhound Books in August 2017. 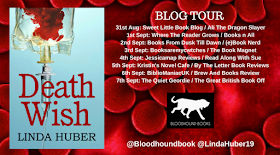