I'm thrilled to be taking part in the blog tour for the amazing Maria in the Moon by Louise Beech.  If you haven't yet read a book by Louise Beech, you are really missing out on a treat.  Louise's books are so unique and you know that you're reading something truly special that is both uplifting and heart-breaking.  The achingly beautiful Maria in the Moon follows in the stellar footsteps of How To Be Brave and The Mountain in My Shoe and I am releasing my review as part of the blog tour. 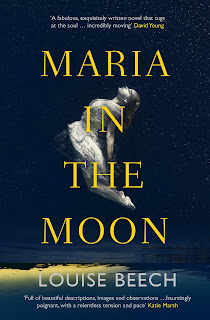 Long ago my beloved Nanny Eve chose my name. Then one day she stopped calling me it. I try now to remember why, but I just can't.' Thirty-two-year-old Catherine Hope has a great memory. But she can't remember everything. She can't remember her ninth year. She can't remember when her insomnia started. And she can't remember why everyone stopped calling her Catherine-Maria. With a promiscuous past, and licking her wounds after a painful breakup, Catherine wonders why she resists anything approaching real love. But when she loses her home to the devastating deluge of 2007 and volunteers at Flood Crisis, a devastating memory emerges ... and changes everything. Dark, poignant and deeply moving, Maria in the Moon is an examination of the nature of memory and truth, and the defences we build to protect ourselves, when we can no longer hide...


Where do you start with reviewing a book that has taken over so much of your heart that you don't want to part with a single piece of it? Part with it I must for just a short while, if I am to tell you how heart-achingly beautiful this story is.  Louise Beech manages to write characters that are deeper than the (rather aptly named) Mariana Trench to the point where I felt every emotion that they felt.  I had to put down the book near the end because of the depth of emotion that I was feeling.  So I feel rather inept at trying to describe Maria in the Moon when all I really want to say is: 'You really must read this wonderful book.'

Catherine-Maria is quite a quirky character; she has very few friends and doesn't let people get close to her.  It's just how she is, or is there a deeper reason?  Why can't she remember her ninth year?  She knows that she broke her Nanny Eve's precious Virgin Mary and the 'Maria' was promptly dropped from her name, leaving her known as just Catherine.  She never really got on with her 'mother' and Catherine admits she was a difficult child after her Dad died when she was 8 years old.

Following the floods in Hull in 2007, Catherine moves in with a friend while her home is being repaired.  Having worked in a crisis centre before, she is a natural choice to help with the phones in the flood crisis centre.  Helpline volunteers are warned about getting too close to the people who call in but Catherine soon has some favourites who call especially to speak to her.  Through this talking to others, certain memories start to reappear out of the mist and Catherine's ninth year may not be a mystery for much longer...but will she wish she had left it buried?

Catherine-Maria is such an exceptional character that I found myself laughing and crying with her.  I too remember sitting on the floor at my Nanna's feet while she taught me to knit - although I called the needles 'sticks' as opposed to what Catherine-Maria called them!  All too often we have seen the devastation on the news following floods in the UK and people must have really plunged to the depths of despair after losing everything.  The book doesn't dwell too much on the negative side of things, but rather shows us that the sun can always appear behind every grey cloud.  As Catherine's house was repaired, I felt her soul being repaired at the same time, helped immensely by her budding relationship with the thoughtful, caring Christopher.

Filled with emotion and exquisite prose in Louise Beech's inimitable style, Maria in the Moon left me speechless and completely thunderstruck.  Louise Beech hasn't just aimed for the stars, she's shot past them and given us the moon on a stick: Maria in the Moon is the very pinnacle of perfection. 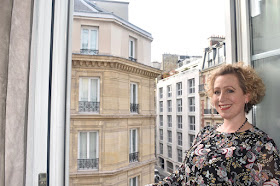 Louise Beech remembers sitting in her father's cross-legged lap while he tried to show her his guitar's chords. He's a musician. Her small fingers stumbled and gave up. She was three. His music sheets fascinated her - such strange language that translated into music. Her mother teaches languages, French and English, so her fluency with words fired Louise's interest. She knew from being small that she wanted to write, to create, to make magic.


She loves all forms of writing. Her short stories have won the Glass Woman Prize, the Eric Hoffer Award for Prose, and the Aesthetica Creative Works competition, as well as shortlisting twice for the Bridport Prize and being published in a variety of UK magazines. Her first play, Afloat, was performed at Hull Truck Theatre in 2012. She also wrote a ten-year newspaper column for the Hull Daily Mail about being a parent, garnering love/hate criticism. Her debut novel was a Guardian Readers' pick for 2015.

She is inspired by life, history, survival and love, and always has a story in her head. Her debut novel, How to be Brave, came from truth - when Louise's daughter got Type 1 Diabetes she helped her cope by sharing her grandad's real life sea survival story. Her second novel, The Mountain in my Shoe, was released in September 2016 and was inspired by her time working with children in the care system.

When she was fifteen Louise bet her mother ten pounds she'd be published by the time she was thirty. She missed this self-set deadline by two months. Her mother is still waiting for the money. 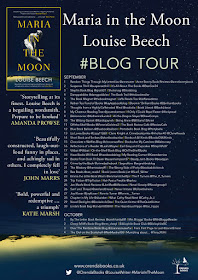