I am delighted to be on the blog tour for No Fourth River by Christine Clayfield.  Christine's story is difficult to read at times but that's what makes it so exceptional, that she has the strength to share this with the world.  You can read my 5 star review below and, if you're in the UK, you also have the chance to win your very own copy of No Fourth River along with some chocolates by heading over to Twitter and retweeting my pinned tweet on 13th March. 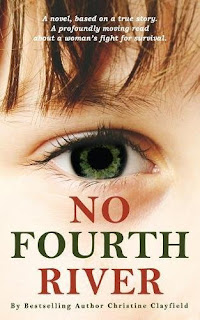 Take a heart-wrenching yet inspiring ride through one woman’s incredible journey that is so compelling that you are simultaneously trying to look away and unable to stop yourself from reading on.

Christine’s father is a wealthy, tyrannical man renowned in the diamond business. At the age of just five, little Christine is cast aside into a boarding school where she is ridiculed for two embarrassing problems. She grows up in a never-ending circle of traumatic experiences both in her boarding school and at home. It culminates into a falling out between father and child that was never fully mended, leading her into a world of promiscuity and alcohol, eventually landing her in a violent marriage.

Driven to the limits of despair and heartache, she creates a plan to escape her world of misery. Will her plan work?


No Fourth River is an exceptional true story that manages to be both devastatingly heartbreaking and powerfully inspirational.  I loved the way that it was written with Christine reflecting on her life after returning to Belgium in 2016 to be at her mother's hospital bedside.

As Christine talks through her life, my heart went out to her.  She has been brought up in a house with four brothers and I felt like her family didn't know how to cope with a girl.  Perhaps her mother was exhausted after having five children and trying to cope with such a strict and violent husband.  Christine's father was a successful businessman but a very unsuccessful family man.  I think Christine described her father perfectly when she said that 'he detonated' on one occasion when her brother wouldn't turn his music down.  I don't think anybody could have described someone's anger any better.

Christine as a child and teenager, although suffering more than her fair share of trauma, had a lot of love to give and nobody to give it to.  It didn't surprise me that she flirted with boys and turned to alcohol, calling it a 'magic potion' to numb her pain.  'Magic potion' made me laugh at first when you think of the crazy things some people (me) get up to when they are drunk, but then I had a sobering thought (no pun intended) as I remembered the magic wearing off.  As Rumpelstiltskin said:  all magic comes with a price, dearie.  A price that Christine almost paid with her life.

In all darkness there is light, and once Christine said enough was enough it was like seeing a beautiful butterfly emerge from a chrysalis.  She followed her dreams, visualised her future and didn't stop until her dreams were realised.  Although I would take my term 'stop' with a pinch of salt as I don't think for a moment that Christine will ever stop.  Christine's sky is not even her limit, her story isn't even close to ending yet.

Along with Christine's story, each chapter has inspirational quotations at the start and I plan to go back through the book and write them all down.  One that particularly sticks in my mind is from self-help advocate, Wayne Dyer:

I've been on a few management courses and often get asked to name an inspirational person.  We've all been there...sitting round a table, not hearing anybody's answer as you're desperately trying to think of someone unique and awesome.  Well, I'm all sorted as next time I get asked to name an inspirational person, I won't have to think twice before naming Christine Clayfield.  Christine is such a brave lady, sharing her story and bearing her soul in the hope that her story helps or inspires even just one person.  Well, consider your book a success, Christine.  I have found my awesome inspirational person and I urge you to pick up a copy of No Fourth River and be inspired by Christine's story too. 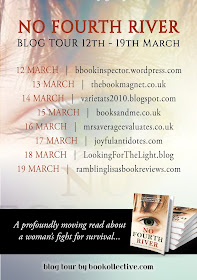