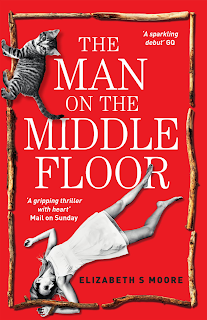 Despite living in the same three-flat house in the suburbs of London, the residents are strangers to one another. The bottom floor is home to Tam, a recent ex-cop who spends his days drowning his sorrows in whisky. On the middle floor is Nick, a young man with Asperger's who likes to stick to his schedules and routines. The top floor belongs to Karen, a doctor and researcher who has spent her life trying to understand the rising rates of autism. They have lived their lives separately, until now, when an unsolved murder and the man on the middle floor connect them all together. Told from three points of view, The Man on the Middle Floor is about disconnection in all its forms; sexual, physical, parental and emotional. It questions whether society is meeting the needs of the fast growing autistic section of society, or exacerbating it.

Thought-provoking and thrilling, The Man on the Middle Floor will leave readers talking.


This was a really surprising book for me; from the cover, I expected a bit of an Agatha Christie-style whodunnit but the reader is party to the murders so we know who did it, we just need to find out why.  We learn a lot more than that along the way in this thought-provoking debut by Elizabeth S Moore.

Each chapter is dedicated to one of the three main characters: Nick, the man on the middle floor; Karen the woman above and Tam the man below.  It was really interesting to delve into the lives of these three very different, but equally flawed, characters who live in the same building but have never interacted before now.

Anybody who has a heart will empathise with Nick who has Asperger's.  I know very little about the condition but I can completely understand his need for routine and having everything clean, tidy and lined up correctly.  His story is heart-breaking and so sad to see how early family life can damage a person beyond repair.

Another family damaged beyond repair is Karen's.  Karen has three children, or at least she gave birth to three children but after her marriage break-up she's quite happy to have no further contact until they are independent adults.  Karen would much rather study people than get to know them and she constantly chooses work over family.  Karen may be studying subjects with autism but, in my opinion, she needs to take a long look in the mirror as I think she could make a study of herself.

Tam has just lost his job as a policeman but old habits die hard and he sniffs out something that's not quite right.  He might have picked the clues up a bit quicker had he not been turning to alcohol to drown his sorrows.  Tam seems drawn to Karen but does he just recognise another lost soul?

I loved the way the story of Nick's life was slowly revealed in The Man on the Middle Floor; I had already started to care about him and felt very protective of him when he started his new job in the morgue.  Autism can be so varied that it has an entire spectrum so I don't think for a minute that this is how every person diagnosed as autistic will act.  What The Man on the Middle Floor did for me, is open my eyes to a world that is either black or white for some people; a world where every action doesn't have a reaction, it's just an attempt to bring everything back to its status quo.

Elizabeth S. Moore has worked as a journalist since she won the Decanter Young Wine Writer of the Year at seventeen. She has written columns and articles on restaurants, politics, South Africa and all things foodie. She comes from a family that has given her a lot of writing material and is currently finishing her second book, having written the first after completing the Faber Write a Novel course and being approached by fourteen agents after reading an excerpt of her novel to industry professionals. Elizabeth lives in London with her South African husband and has three daughters and a son as well as two lazy Labradors. 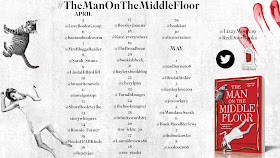