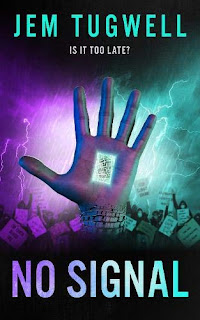 Can a game change the world?

The Ten are chosen - they are reckless, driven and strong. They are tested. Ten become Four. In a country where everyone is tracked, how can the Four hide from the police?

DI Clive Lussac hates the system that controls everything, but he's ill and it's helping him. He must decide: conform or fight.

As Clive's world unravels, he and his partners DC Ava Miller and DS Zoe Jordan can't believe the entry price to the game. They strive to answer the real questions. Why does the ultimate Augmented Reality game have four different finishes? And how is a simple game wrapped up in politics, religion and the environment?


If I had to describe No Signal in two words they'd be: FLIPPING AWESOME!  I've always said that I don't read science fiction but if this is an example of the genre then consider me converted.  I haven't read Proximity, the first book in the iMe series, and I didn't feel at a disadvantage at all so you can definitely read No Signal as a standalone but I do really want to read Proximity now too.


In a future UK, everyone is fitted with an iMe - a device that not only tracks a person's location but, among many other things, monitors their health and wellbeing.  You have no secrets from the powers that be therefore crime is virtually non-existent.  You can't even eat a bar of chocolate without it being deducted from your allocated 'Freedom Units' and this is a big issue for the main character, Detective Inspector and chocaholic Clive Lussac.  I thought I liked chocolate but I think Clive would actually die for a bar of chocolate, especially one that he can eat off the radar.  It always amazes me that no matter how complex and secure you think a system is, there's always someone who finds a way to get around it.

Gamers from all over the world have been invited to compete for a place in the ultimate augmented reality game on the 'Forbidden Island', also known as UK.  Ten have been chosen but only four can compete.  I've never been into games but I really enjoyed reading about the very inventive and imaginative tasks that the players had to undertake.  The final four comprises players from France, South Africa, America and Italy, who fly to the UK and are fitted with a compulsory iTourist that tracks their every movement.  The first task in the game is to disable the tracking device and then for each of them to make their way unaided to a particular location.  The first person to reach their location wins the game but disabling the iTourist sends out an alert that sees Clive and his team reverting to good old-fashioned police work to track them down.

The intelligent plot of No Signal is absolutely fantastic; it had me on the edge of my seat from start to finish.  It's set in a dystopian future but it's so scarily realistic when you think about the current trend for fitness trackers that monitor our health; it's almost like fitness trackers are phase one and phase two will see a fitness tracker getting implanted in our necks.  I don't think people would even have a problem with that but it would certainly take Big Brother up to the next level.  Speaking of which, I couldn't help but compare No Signal to Orwell's 1984: both books depict a scarily realistic future and 70 years later we are seeing some of Orwell's predictions come true.  As with 1984, I can see No Signal becoming a classic and when the first tracker gets implanted, I'll say I read that in Jem Tugwell's book!

No Signal is an instant classic; it's an absolutely outstanding dystopian crime thriller with an inventive and intelligent plot.  It's fast-paced, gripping and scarily realistic; I really can't recommend it highly enough.  They'll be talking about this book in years to come, so make sure you grab a copy now! 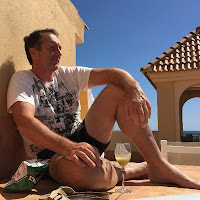 Jem Tugwell is a crime fiction author with a Crime Writing MA from City University.

NO SIGNAL is the second book in the iMe series and follows his thrilling debut novel PROXIMITY.

Jem is inspired by the fascinating possibilities of technology, AI and the law of unintended consequences. In a past life, Jem had a successful career in investment management, and he now lives in Surrey with his wife. He has two great children and a dog. Outside of his family and writing, Jem's loves are snowboarding, old cars and bikes. 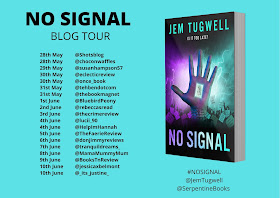